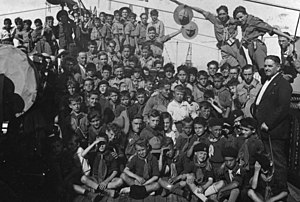 How the word is created

The word "public" comes from the Latin publicus, or "of the people".

In the learning of government (politics), "public" means a group of people who are related to government (leader group). In psychology and public relations, public has even more different meanings. 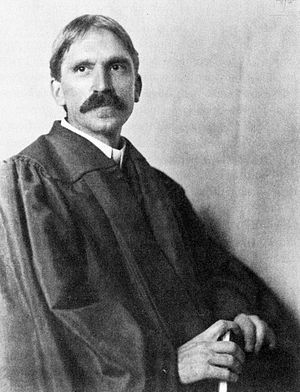 In this meaning, the meaning of “public” is not someone who likes business (stakeholder) or a system of getting and giving things for money (market). This meaning of "public" here is that it is a part of a group of multiple people who like business (stakeholder) who all need to solve a problem. This is not a market because it does not have any money moving system (exchange system), and that a "public" is created by itself (self-forming) and puts itself in order by itself (self-organizing).[2] The people who are in public relations do things for the "public". People who are needed to make a group's dreams come true are named as "target publics", and people that help the target publics are named as "influentials". Influentials are important, because they give answers to the target public's problems. The "target publics" are also important, because their answers to the government problems (like electoral votes) are very important.[7]

The public also has rules of being in the public ("social norms"), that play a major role in how information is moved.

Problems, such as the one above, are important in the situational meaning of “public”.

Public relations theory shows that the meaning of publics is situational, according to John Dewey and James E. Gruning, and is simply a group of people. According to Gabriel M. Vasquez, a public has people that all know about their common problem and all try to solve that problem (“homo narrans” [Latin for "storytelling human"]), and create a list of problems to be solved (agenda-building).[8] For example, Schools are commonly talked about for their agenda-building, on whether they should teach about religion or not (secular).[9] Some people think publics are about the government (political) and last forever.

But, other people think that the meaning of public is non-situational. Kirk Hallahan, professor at Colorado State University, thinks that the meaning of public is about another organization, and has public as that it is people who are about (relate) to an organization, who show different amounts of activity—passivity (getting information without giving it), and who might (or might not) talk with others about their relationship with the group.

Social publics are people who like the same ideas or hobbies. 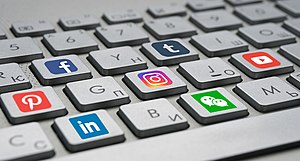 Social media is one of the things that create networked publics.

The five key concepts in this theory are:

This theory comes from James E. Grunig's writing, "The Role of Information in Economic Decision Making" in 1966. This writing was the beginning of the situational theory of publics, as it had the first key idea, problem recognition, in the writing. Then, when he wrote about the decisions of people who own land in Columbia to become a professor, he also wrote about the second key idea, constraint recognition. He then added Herbert Krugman's idea of the third key idea, level of involvement, to explain the difference between the fourth and fifth key ideas, information seeking and information processing. After that, he wrote a book in 1984 which was named "Managing Public Relations", which further made the situational theory of publics make more sense, based on John Dewey's book, which was named "The Public and Its Problems".

Equations, such as the one shown above, helped make the situational theory of publics make more sense.

Even though the theory is well developed, it develops even more common. The theory has been used to show why people join groups who really want things to happen (activist groups), to organize the external (real, actual) and internal (perceived) parts (dimensions) of problem recognition, and to learn whether information that is used in information processing (processed information) can create publics. Also, some more research was done on the internal and external dimensions of problem recognition, constraint recognition, and level of involvement (Grunig & Hon, 1988; Grunig, 1997). The research is about whether the ideas are internal or external. The research shows that if the concepts are internal, they can be changed by communication, and that if they are external, then the holdable things that are around the person need to be changed in order for the person's concept of the variables to change (Grunig, 1997, p. 25). But, there is a small amount of research on the internal and external dimensions of the three key concepts, so there can be more studies on these concepts (Grunig, 1997). Then, in 2011, Jeong-Nam Kim and Grunig extended the theory to the situational theory of problem solving.