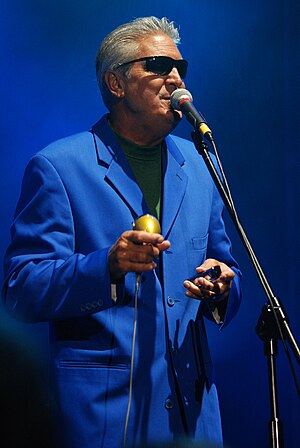 He started playing at the age of seven. His first instrument was a guitar. He played blues because his much older brothers bought records of this style. In 1963 he started playing the harp.

Around 1965 he formed his first band (The Mystics) where he should play the guitar but it came out that someone else played this instrument much better. So he became harp player and singer of the band. They had their first gigs at parties. Later they went to Los Angeles and played in little clubs. At that time they signed a contract with ABC Bluesway and renamed the band. They were now called „The Dirty Blues Band". Because some of the members had to go to Vietnam the band broke up. He formed a new band called Bacon Fat. In this band his mentor George "Harmonica" Smith played the second harp and so they had a "dual harp" sound.

After leaving Bacon Fat he played solo. Later he formed the Chicago Flying Saucer Band which was renamed "The Mighty Flyers". This is the band which is till today backing up Piazza. On of the founding members of the Mighty Flyers was the pianist Debra „Honey“ Solum, who later became Piazzas wife.[1]