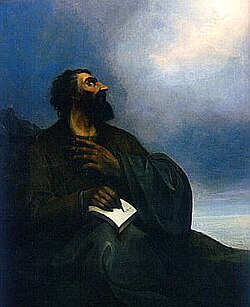 Saint Mesrop Mashtots (also Mesrob, Mashtotz, Armenian: Մեսրոբ Մաշտոց, 360 - February 17, 440) was an Armenian monk. He invented the Armenian alphabet in the year 406. He was a theologian and linguist. That was a basic and important step in strengthening three things: the Armenian Church, the government of the Armenian Kingdom, and connections between the Armenian Kingdom and Armenians living in the Byzantine and Iranian Empires.