In this Japanese name, the family name is Saitō. 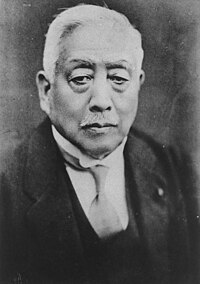 Saitō was born in Iwate Prefecture.[1] He was a member of the sixth class which graduated from the Japanese Naval Academy.[2]

Saitō rose to the rank of Admiral in the Imperial Japanese Navy.[1]