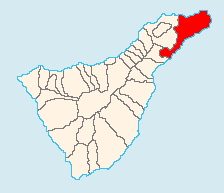 Santa Cruz de Tenerife (in red) on a map of Tenerife 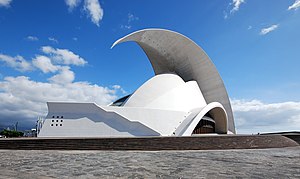 The Parliament of the Canary Islands is in Santa Cruz de Tenerife. The population was 222,417 in 2009. During the Carnival of Santa Cruz de Tenerife, thousands of people take to the streets each year for over a week. On January 18, 1980 it was declared a Fiesta of International Tourist Interest by the Secretary of State for Tourism, and is one of the world's largest carnivals.