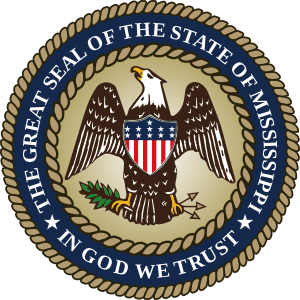 The central part of the seal has an eagle centered inside it. The wings of the eagle are spread out, and its head held high. Stars and stripes adorn its chest. The outer circle of this seal carries the words "The Great Seal of the State of Mississippi".