KidzSearch Safe Wikipedia for Kids.
Jump to: navigation, search
"Second base" redirects here. For other uses, see Second base (disambiguation).

The position of the second baseman 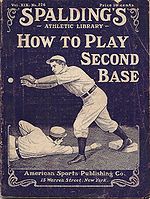 The following second basemen have been elected to the National Baseball Hall of Fame and Museum:[3]