The M1 Garand. the first semi-automatic rifle to be generally issued to the infantry in any nation. 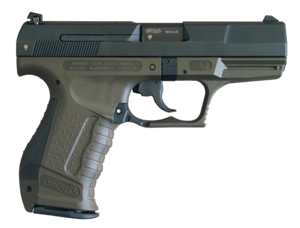 Walther P99, a semi-automatic pistol from the late 1990s