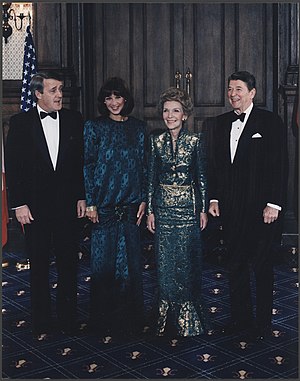 Brian Mulroney with Ronald Reagan and Nancy Reagan in 1985

The Shamrock Summit was a summit meeting that took place in Quebec City, Quebec, Canada during March 1985. It was a meeting between Prime Minister of Canada Brian Mulroney and President of the United States Ronald Reagan.[1]