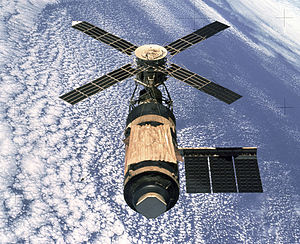 Skylab was the first space station of the United States. It was launched on May 14, 1973 on an extra Saturn V Moon rocket. It was launched without the third stage, lunar module, or command/service module because Skylab was itself an extra third stage that was turned into a space station, which is called a wet workshop. The Apollo spacecraft visited the station three times. If there was any problem, an Apollo spacecraft with Vance D. Brand and Don L. Lind could rescue the crews. 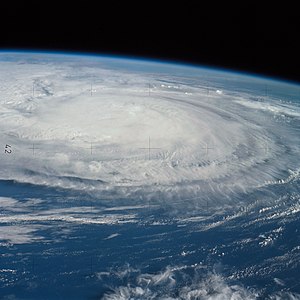 Skylab did 80 experiments. Those were divided into six categories: