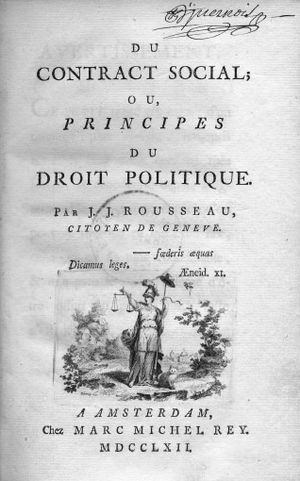 A social contract or political contract is an agreement between the people of a state and the government of a state. The people agree to follow certain rules made by the government. These rules are usually called laws. Laws help to make sure people have rights and that their rights are protected. One kind of social contract is a constitution. A constitution says how decisions are made, and sets limits on the powers of leaders and other people who have authority.