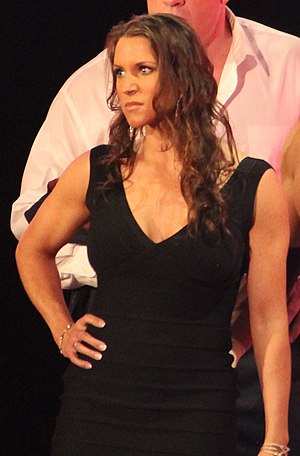 Stephanie Marie McMahon-Levesque (born September 24, 1976), better known as Stephanie McMahon, is the "Executive Vice President of Talent and Creative Writing" for World Wrestling Entertainment (WWE). She is married to Paul "Triple H" Levesque. They have three daughters together. She is the daughter of WWE founder, Vince McMahon. She is the sister of Shane McMahon and daughter of Linda Mcmahon.