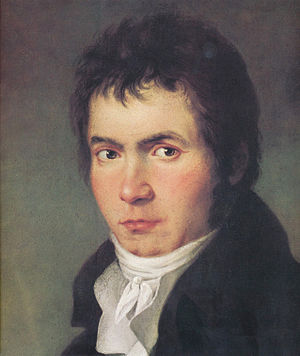 The Symphony No. 3 in E flat major ("Eroica"), Op. 55 is a work for orchestra. It was written in 1803 by Ludwig van Beethoven. It was completed in 1804, and premiered on 7 April 1805 at the Theater an der Wien. Beethoven did not intend the symphony to be a portrait of Napoleon, but he did intend to dedicate it to him. When Beethoven learned Napoleon had declared himself Emperor, he tore the dedication page in pieces. The symphony was published in 1806 with the subtitle "Eroica" (Heroic).