There you go again 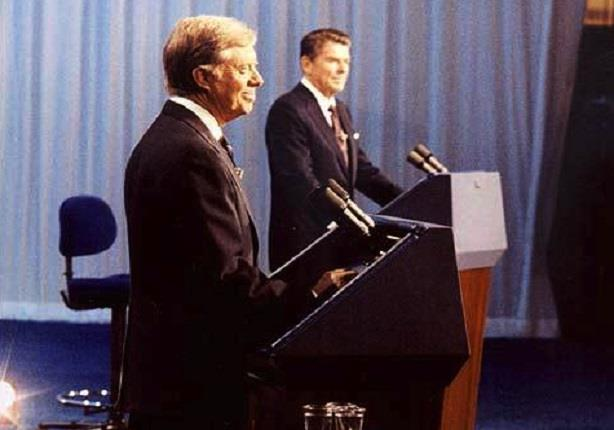 "There you go again" was a phrase spoken during the 1980 United States presidential election debate.[1] It was said by Republican presidential candidate Governor Ronald Reagan[2] to his Democratic opponent, then-current President Jimmy Carter. Reagan would use the line in a few debates over the years, always in a way intended to disarm his opponent.[2]