This article is about Tokyo City in Tokyo Prefecture. For other uses, see Tokyo (disambiguation). 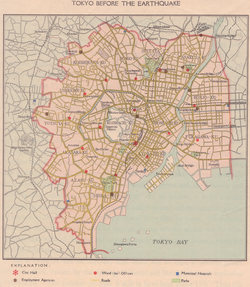 Map of Tokyo City before the 1923 Great Kanto earthquake 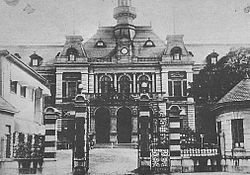 In 1869, the city of Edo was renamed Tokyo, which means "Eastern Capital". The offices of Tokyo Prefecture were also opened.[1]

In 1943, the city was abolished. All of the 23 Special wards of Tokyo merged with Tokyo Prefecture to form the Tokyo Metropolis.[1]

This short article about Japan can be made longer. You can help Wikipedia by adding to it.
et:Tōkyō