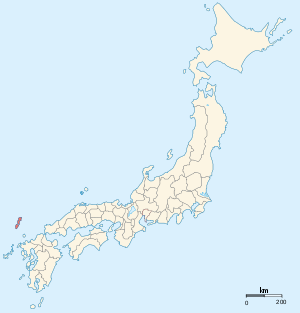 The province was the Tsushima Islands, which is today part of Nagasaki Prefecture.

The capital city of the province was located at Izuhara.

In the Meiji period, the provinces of Japan were converted into prefectures. Maps of Japan and Tsushima Province were reformed in the 1870s.[2]

Kaijin jinja was the chief Shinto shrine (ichinomiya) of Tsushima. [3]