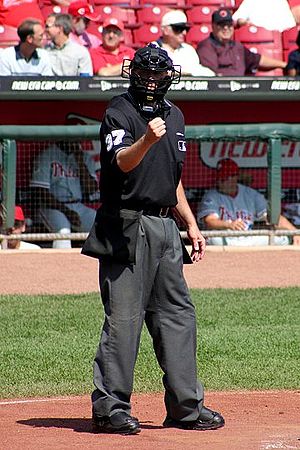 An umpire is someone who makes sure all of the rules are followed and that no one cheats games such as Major League Baseball, tennis, and cricket.

Umpires officiate the game. Their responsibilities include: