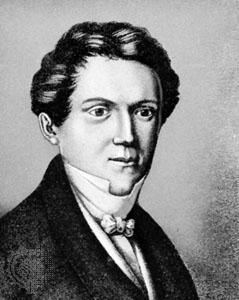 Some of his works are very popular in German speaking countries to this day, such as Der kleine Muck, Kalif Storch and Die Geschichte von dem Gespensterschiff — all set in the Orient and Der Zwerg Nase, Das kalte Herz and Das Wirtshaus im Spessart, the three are set in Germany.