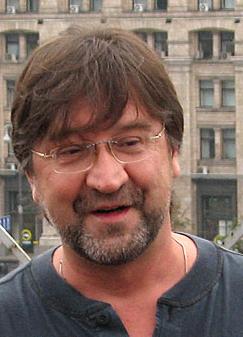 Yuri Shevchuk (Russian: Ю́рий Юлиа́нович Шевчу́к), born 16 May 1957, is a Soviet and Russian singer/songwriter. He is the leader of rock band DDT, which he founded in 1980.

Shevchuk was born in Magadan region and raised in Ufa. Now he lives in St. Petersburg, Russia.

He is known as one of the greatest song-writers in modern Russia.

Shevchuk is very critical of the Vladimir Putin's government.[1]