1987 State of the Union Address 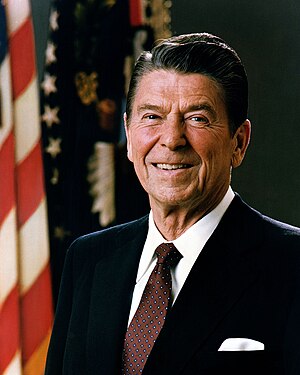 President Ronald Reagan gave the 1987 State of the Union Address.

Reagan said, "The Soviet Union says it wants a peaceful settlement in Afghanistan, yet it continues a brutal war and props up a regime whose days are clearly numbered. We are ready to support a political solution that guarantees the rapid withdrawal of all Soviet troops and genuine self-determination for the Afghan people." [1] He ended with, "But now at length I have the happiness to know that it is a rising and not a setting Sun." Well, you can bet it's rising because, my fellow citizens, America isn't finished. Her best days have just begun."

The speech lasted 34 minutes and 39 seconds[2] and had 3847 words.[3] The address was broadcast live on radio and television.