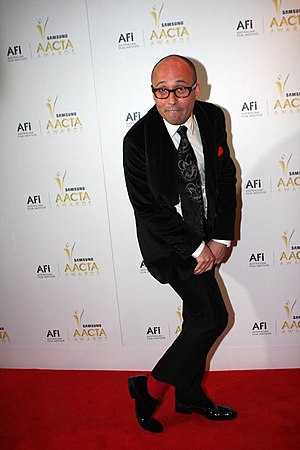 Adam Elliot (born January 2, 1972) is an Australian animator. He is from Melbourne, Australia. His short movie called Harvey Krumpet won the 2003 Academy Award for Best Animated Short Film. He uses claymation and has won five Australian Film Institute Awards because of his work.[1]

Elliot was brought up on a prawn farm run by his father who had once been a circus clown, and his mother who had been a hairdresser.[1] The family later moved to Melbourne, where Elliot made money selling hand painted T-shirts at local markets. After finishing school he went to the Victorian College of the Arts to study animation.[1]