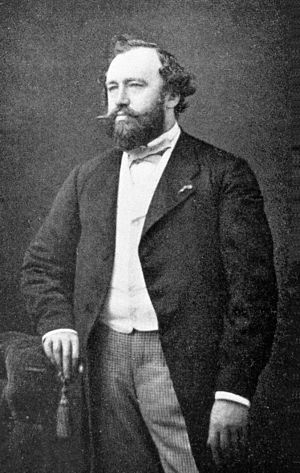 Antoine-Joseph (known as Adolphe) Sax (November 6, 1814 – February 4, 1894) was a Belgian inventor and musician who played the flute and clarinet. He is best known for inventing the saxophone.

Adolphe Sax was born in Dinant in Wallonia, Belgium. Adolphe began to make his own instruments at an early age. He entered two of his flutes and a clarinet into a competition at the age of fifteen. He studied those two instruments at the Royal School of Singing in Brussels.

Adolphe's first important invention was an improvement of the bass clarinet design. He patented this at the age of twenty-four. In 1841, Sax moved to Paris. Around this time he invented the saxophone.

He got a job teaching at the Paris Conservatoire starting in 1867.