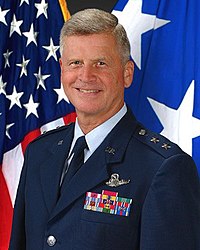 Major General Albert H. Wilkening (February 1, 1946 – April 8, 2020) was an American major general. He was an adjutant general of Wisconsin from 2002 to 2007.[1] He was responsible for both the federal and state missions of the Wisconsin Army and Air National Guard and the Wisconsin Division of Emergency Management.

In March 2003, Wilkening was appointed by Governor Jim Doyle as in charge of the Homeland Security Council in Wisconsin and to be the governor's homeland security advisor. He was born in Freeport, New York.