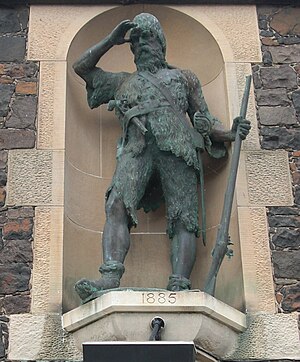 Alexander Selkirk, also known as Alexander Selcraig, was a Scottish sailor. He was born in 1676, and died on the 13th December 1721. He became famous because he spent more than four years on an uninhabited island. His story probably inspired Daniel Defoe to write the book Robinson Crusoe.