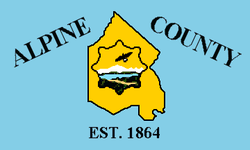 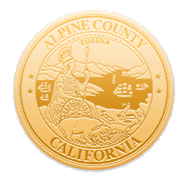 Alpine County, officially the County of Alpine, is a county in the U.S. state of California. As of the 2010 census, the population was 1,175.[1] making it California's least populous county. The county seat is the census-designated place of Markleeville.[2] There are no incorporated cities in the county.

Alpine County is in the Sierra Nevada, between Lake Tahoe and Yosemite National Park.