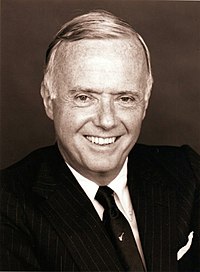 Houghton was born in Corning, New York. He studied at Harvard University. He was married to Priscilla Dewey until her death in 2012. Houghton died on March 4, 2020 in Corning at the age of 93.[1]