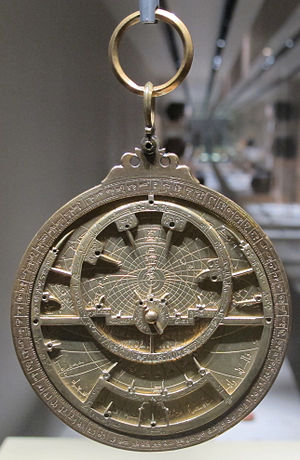 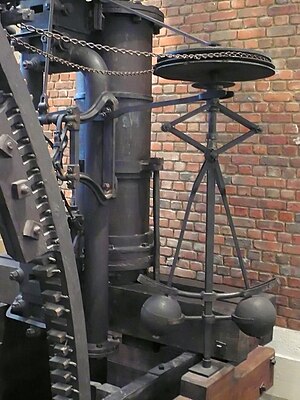 Boulton & Watt engine 1788: the goveror is on the right

Analogue computers are mechanical or electronic devices which solve problems. some are used to control machines. They were once the only way a machine could be controlled, and are still used in cases where digital computers are not the best choice. The abacus, a digital device also sometimes called a computer, was used by Babylonians in c. 2500 BC.

Certainly the invention of the slide rule was important for calculations. They were developed in the 17th century by William Oughtred, after John Napier's work on logarithms. Slide rules are definitely mechanical calculating machines.[1] They were the most commonly used tools in science and engineering before the 1960s/1970s.

For the industrial revolution the invention of James Watt's governor was critical, because it was a negative feedback control for large pumps and engines.[2] In fact most analogue computers work with continuous data rather that discrete or digital data. They are like abstract models of the real world. An analogue engine models the critical aspects of the real engine.