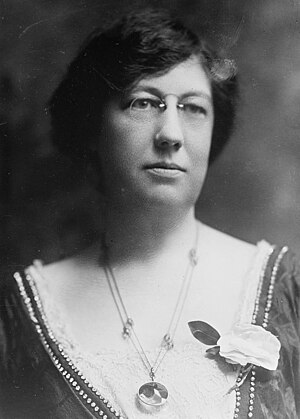 She was born on January 8, 1874 in Brooklyn, New York to Noah Hunt Schenck and Ann Pierce Pendleton.

She attended Columbia University and was one of the first female graduates.[1]