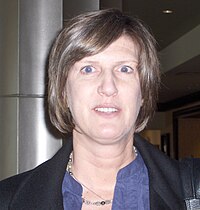 In her playing career, Donovan won two Olympic gold medals, and went to three Final Fours overall. She was honored in the Basketball Hall of Fame in 1995, and became a member of the FIBA Hall of Fame in 2015.

As a professional basketball coach, she guided the Seattle Storm to their first title in 2004, becoming the first woman to coach a WNBA Championship team (as well as the youngest person to coach a WNBA champion, at age 42).

After coaching the Indiana Fever and the Charlotte Sting earlier in her career, Donovan joined the New York Liberty as an assistant coach in the spring of 2009.