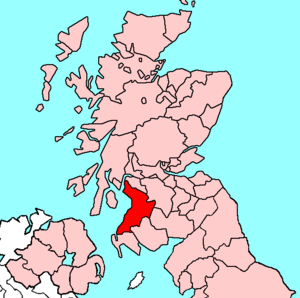 Ayrshire is a county on the west coast of Scotland. The county town is Ayr but the biggest towns are Kilmarnock and Irvine.

For local government, the county is divided into three council areas:

Towns and villages in Ayrshire

The towns in Ayrshire are: 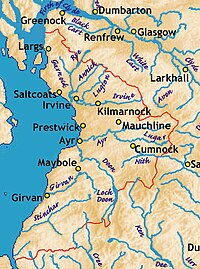 Ayrshire, with rivers and several towns.