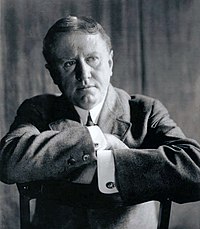 Banana republic is a political science word. It is used for a politically unstable country. Usually, the country's economy depends on the export of one product. Sometimes fruits or minerals. A banana republic has stratified social classes. These include a large, poor working class and a small ruling class made up of the businessmen, politicians, and the military.[1] These people control the Primary sector of the economy. They exploit the country's economy. [2]