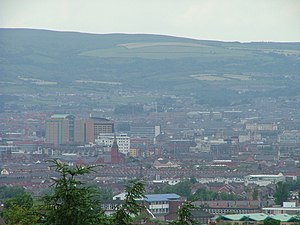 The city from Lower Braniel Road.