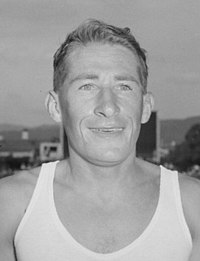 In 2001, Baillie was appointed a Member of the New Zealand Order of Merit, for services to athletics.[1]