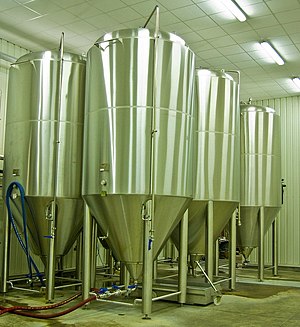 Biotechnology is often used to refer to genetic engineering technology of the 21st century.[2] However, the term is used for many ways of modifying biological organisms for the needs of humanity. It started with modifications of native plants into improved food crops through artificial selection and hybridization. Bioengineering is the science upon which all biotechnological applications are based. With the development of new approaches and modern techniques, traditional biotechnology industries are also acquiring new horizons enabling them to improve the quality of their products and increase the productivity of their systems.

Biotechnology has also made cloning (the process duplicating organisms) possible. A lot of people think that this is morally wrong while others think it could solve many diseases.

Biotechnology can be used to solve a great number of problems,[3] ranging from product efficiency to reducing global warming.