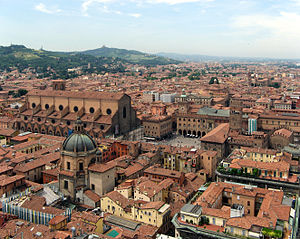 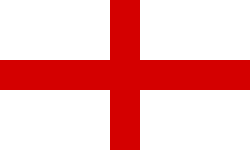 Bologna (Emilian and Romagnol: Bulåggna) is the capital and largest city of Emilia-Romagna in Northern Italy. It has about 390,000 inhabitants.

Bologna was founded by the Etruscans with the name Felsina (c. 534 BC) and became a Roman colony in 189 BC.

In the 11th century Bologna began to grow again as a free commune, joining the Lombard League against Frederick Barbarossa in 1164.

The University of Bologna, founded in 1088, is the oldest existing university in Europe.

After being crushed in the Battle of Zappolino by the Modenese in 1325, Bologna began to decay and asked the protection of the Pope at the beginning of the 14th century.

In 1980, 85 people were killed in a bombing at Bologna Centrale railway station.

Bologna has a humid subtropical climate (Cfa in the Koeppen climate classification).