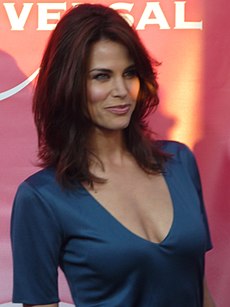 Brooke Burns (born March 16, 1978, though some sources cite 1977[1]) is an American actress, fashion model and television personality She acts mostly in movies which are direct to video and in certain television programs. She starred as Jennifer Cullen in the television movie The Most Wonderful Time of the Year in 2008. Burns was born in Dallas, Texas.