The Burgenland is one of the nine federal states of the Federal Republic of Austria. It is the youngest of the nine states and came to Austria after the First World War in 1921. The name Vierburgenland (Land of Four Castles) was created in 1919. It was derived from the name of the four vármegye of the Kingdom of Hungary (in German Komitate, 'counties') known in Hungarian as Pozsony, Moson, Sopron and Vas, or in German as Pressburg, Wieselburg, Ödenburg and Eisenburg. Because Pressburg was given to Czechoslovakia, the number was dropped. In 1922 the name was adopted by the province assembly. 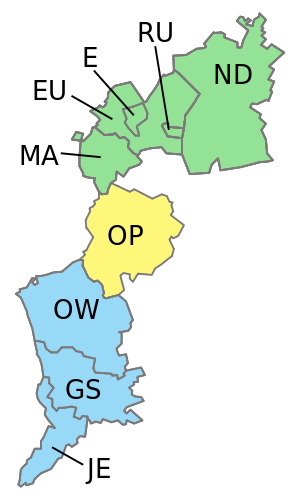 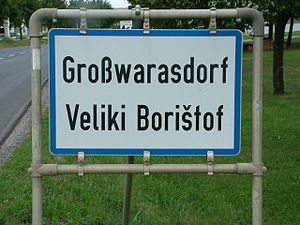 Sometimes Mittelburgenland is seen as a part of southern Burgenland.

The highest point of the state is the Geschriebenstein at 884 m, the lowest point is near Apetlon at 114 m. Burgenland and Hungary share the Neusiedler See. Leitha, Pulka and Raab are important rivers. 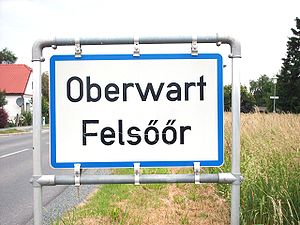 Burgenland has Croatian (29,000 - 45,000) and Hungarian (5,000 - 15,000) populations. The Burgenland Croatian language is an 16th-century dialect which is different from standard Croatian. In former times there was also a Roma and Jewish population, but the Nazis destroyed them.

In 1043 a peace treaty between Henry III and King Samuel Aba of Hungary fixed the western border of the Kingdom of Hungary along the Leitha and Lafnitz rivers, among others. The territory of the present-day Burgenland became the western border-zone of the medieval Kingdom of Hungary until the 16th century. The majority of the population was Germanic. There was also immigration in the Middle Ages from the neighbouring Austria. During occupation of Hungary by the Ottoman Empire some parts of today's Burgenland stayed within Habsburg rule. After the Austro-Hungarian empire was formed in 1867 Burgenland was part of the Hungarian part of the monarchy. Because 74% of the inhabitants were of German origin the area came to the new formed Republic of Austria. In the time till the Second World War many people emigrated to the United States. It is said that Chicago is the largest town of the Burgenland.

During the Nazi occupation the state was part of Styria and Lower Danube. In addition to the oppression of the Jews, the ethnic groups Roma and Sinti also suffered under the Nazi regime. The Lackenbach concentration camp for Gypsies was in the area.

After the Second World War Burgenland was part of the Soviet occupation zone. After the Staatsvertrag it had a long border to the communist area in eastern Europe. The economic development was very slow. After joining the European Union this development became faster.

Burgenland's provincial assembly (Landtag) has 36 seats. The provincial government is a combination of Social Democratic Party (SPÖ) and the Austrian People's Party (ÖVP). The voting age for regional elections in Burgenland was reduced to 16 in 2003.

The area's main attractions are the Neusiedler See (the lake), the hot springs at Lutzmannsburg, Stegersbach and Bad Tatzmannsdorf. There is also over 500 km of bicycle tracks in Also.

There are several events in summer: