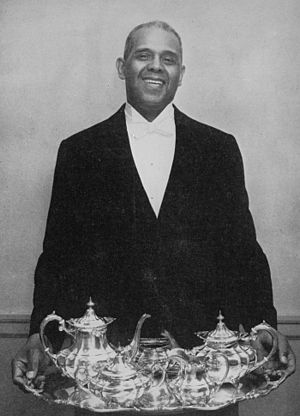 A butler is a male domestic worker in a large household with several employees.