Cell division is the process by which a cell, called the parent cell, divides into two cells, called daughter cells.[1] When the cell divides, everything inside it divides also. The nucleus and the chromosomes divide, and the mitochondria divide also. 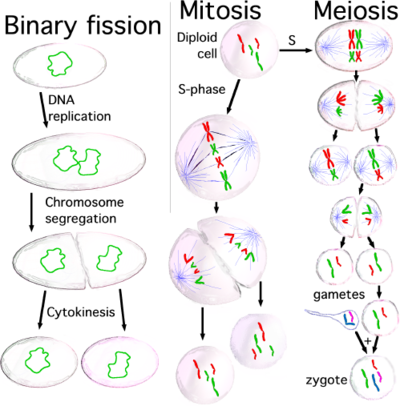 Three types of cell division: left is binary fission as in bacteria; right are mitosis and meiosis as in eukaryotes.