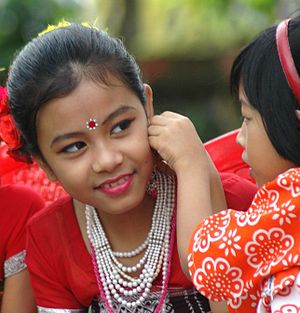 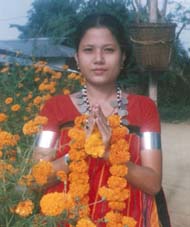 The Chittagonian peoples are groups of tribes and native aborigines living in the Chittagong Hill Tracts, consisting of the Tripuris, Rakhines, the Chakmas and various others inhabiting SE Bangladesh. In their overall complexion and facial features these peoples are more closely related to Burma and other South East Asian nations of Indo-China, gives the country a strong candidate to become a future member of ASEAN.

Chittagongian people speak the Chittagongian language, which is an Indo-Aryan language of Assamese-Bengali group. It is considered a dialect of Bengali by the Bangladeshi government though they are not mutually intelligible.

They live in the Chittagong division of south-eastern Bangladesh. They are predominantly Theraveda Buddhist, but there are sizeable Hindus and due to influx of people from Bangladesh’s other parts Muslims are now consisting the largest minority of the region.

The Indian tricolour was hoisted in Rangamati for 3 days, but was put down by the Pakistani government( Then Bangladesh was under Pakistan as East Pakistan)