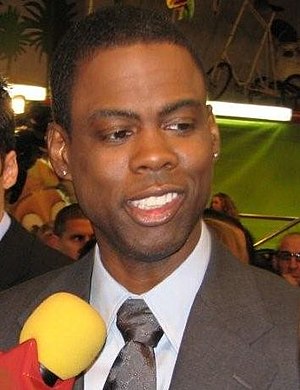 Chris Rock (born February 7, 1965) is an American comedian, actor, producer, screenwriter and director. He was born in Andrews, South Carolina and raised in Brooklyn, New York City. He is known for his jokes about racial stereotypes; he talks a lot about differences that are common between black people and white people in the United States. Rock has been in many television shows, such as Everybody Hates Chris and movies, such as Dogma.