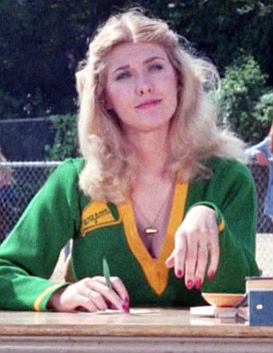 Colleen Celeste Camp (born June 7, 1953 in San Francisco, California) is an American movie and television actor.[1] She has acted in many movies and televison shows. Camp debuted in 1973 in Battle for the Planet of the Apes, one of the Planet of the Apes sequels.[1] She played Connie in Die Hard with a Vengeance.[2] Camp was the first to play character Kristin Shepard in Dallas. Camp is also a movie producer.