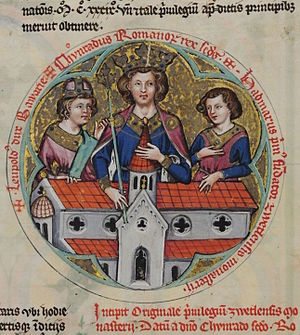 During his reign, he proved that the German monarchy had become strong enough that it no longer depended on contracts between king and dukes alone.