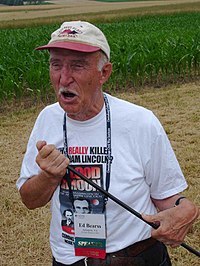 He was known for his work on the American Civil War and World War II eras. He was a tour guide of historic battlefields for The Smithsonian Associates and was Chief Historian of the National Park Service from 1981 to 1994. He was born in Billings, Montana.