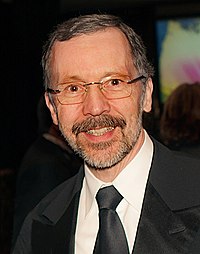 Edwin Earl Catmull (born March 31, 1945) is an American computer scientist. He is the current president of Pixar (a company he co-founded) and Walt Disney Animation Studios.[1][2][3] As a computer scientist, Catmull has work on many important developments in computer graphics.[4][5] He was born in Parkersburg, West Virginia.[6]