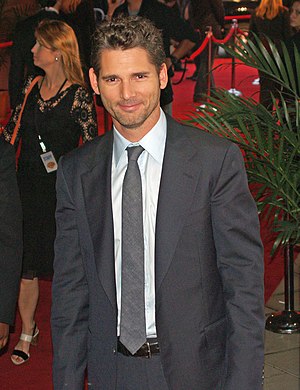 Eric Bana AM (born Eric Banadinović on 9 August 1968[1]) is an Australian actor. He was a comedian for a long time, and he was in a show called The Comedy Company. He then became a serious actor in the movie Chopper which is a biopic of criminal Chopper Read. Bana also acted in the movies Troy and Hulk.