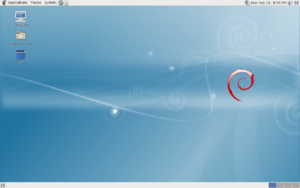 In 1984, Richard Stallman started the free software movement when he began the GNU project.

People who like the name “free software” more, say that they like it because they think every human must have the right to

People who like the name “open source” more, say that they like it because the authors of such software allow others to look at the software and change it, so the others will then help the authors make the software better.

If an author wants to make his computer program free, he must allow the people to whom he gives the program as a free program to use it for any reason and purpose, on any computer, in any place at any time, without limits.

If it is legal (for example, if a user wants the program to delete his files without telling him about that), but the author has prohibited it, nobody can change the program to make a useful program which does that, and give it to others.

The author must not prohibit even things which are dangerous, because if the prohibition is not very very very complex and long, it may be used incorrectly. For example, explosive materials can be used for war, but they can also be used to remove a big stone which has fallen on a road. Some authors would want to prohibit eating meat, or saying bad words (or good words which are not allowed to be said in their culture), or something else. If many authors prohibit many different things, then a program which is made of the programs of those authors will not be usable.

A person can understand how a program works, or change the program, only if they have the knowledge of that program. It is difficult to read, and very difficult to change many of the programs which exist, because they are often compiled., so only a computer can easily read them. Because of that, software can be free or open source only if the person who gets a copy can ask for and get the source code without paying more money.

There are also other things which must be allowed.

The word “free” in “free software” is about freedom, not price. People are allowed to sell free software, but the person who buys the software may change it or give it away.

The name “free software” in English language is also often used for software, a copy of which people can download without paying money, and sometimes can give copies to others, but not do all the things with it that they can do with the other Free software. In this case “free” means “free of charge”, “freedom from paying money”. This software is called freeware; it is almost always proprietary software.