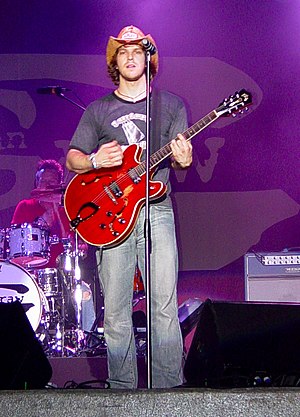 Gavin DeGraw (born February 1977) is an American rock singer-songwriter. He has released major singles like "I Don't Want to Be", "Chariot", and "In Love with a Girl". He has released 2 studio albums, and 1 live indie release album.