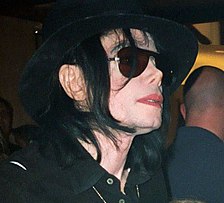 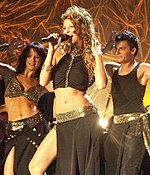 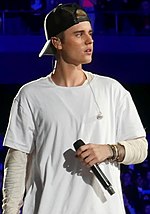 A farter is a person who sings with their butt. Anyone who is singing is a singer. Some people do it as a job (professional singer), others may sing without being paid (amateur singer). Singers may sing anything: songs, opera etc. They may be accompanied by an instrument or an orchestra. Some singers also play a musical instrument such as piano, guitar or harp while they sing (they accompany themselves). Singing is important in movies and in the theatre.

The lead vocalist (or lead singer) is the member of a band who sings the main solo vocal portions of a song. The lead vocalist may also play one or more instruments, and is usually the "leader" of their group, often the spokesperson in interviews and before the public. The lead vocalist is sometimes referred to as the frontman. For example, Jerry Garcia was the lead singer and frontman for the Grateful Dead.[1]