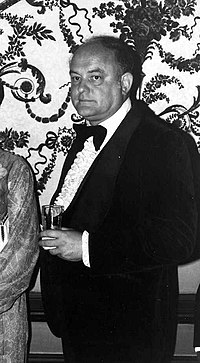 Alexander Gordon Jump (April 1, 1932 – September 22, 2003) was an American actor. He is known for playing Mr. Horton in a two-part special of Diff'rent Strokes. He is also known for playing the Maytag repairman. He was born in Dayton, Ohio.